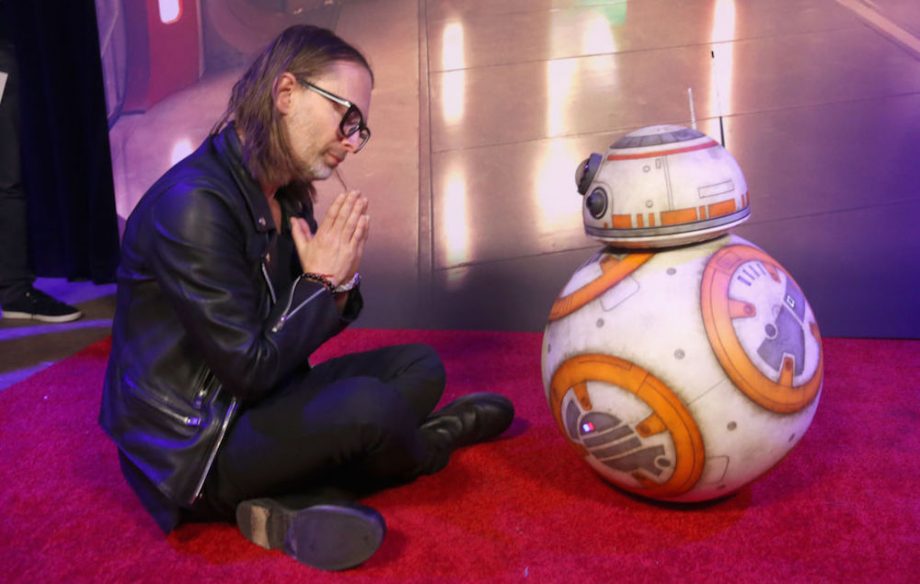 Radiohead frontman, Thom Yorke, has turned out to be a big fan of Star Wars movies. Not only did he attend the highly anticipated premiere of new Star Wars chapter, The Last Jedi, over the weekend, he was also photographed on the red carpet with the movie bot BB-8.

The Last Jedi was premiered at Los Angeles’ Shrine Auditorium on Saturday night, December 9, and, of course, the event could do without star appearances. Among them was Yorke, who came with his girlfriend, Italian actress Dajana Roncione. Radiohead’s singer took a creative approach and sat down on the red carpet cross-legged with charismatic Star Wars bot BB-8.

The director of The Last Jedi, Rian Johnson, dedicated the movie to the late Carrie Fisher and said: “I want to dedicate tonight to Carrie, who is up there right now flipping me the bird, saying, ‘Damn it Rian, don’t you dare make this night a solemn tribute. So let’s all have a blast tonight for Carrie.”

Among other famous faces at the premiere were Lupita Nyong, Mark Hamill, Daisy Ridley and others. See Yorke’s sweet Instagram post below.