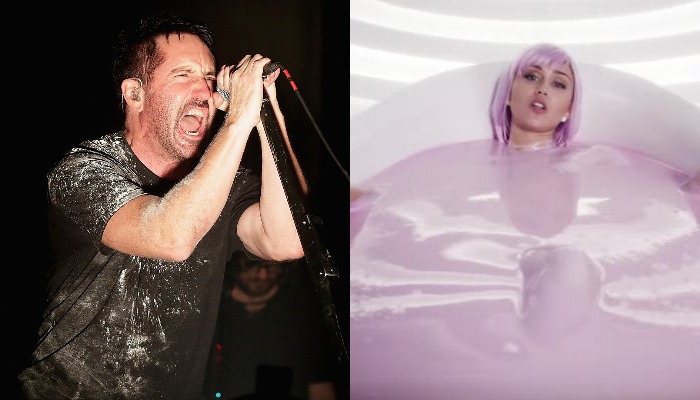 You’ve all seen Miley Cyrus’s latest video for ‘On A Roll’, her take on Nine Inch Nails’ famous single ‘Head Like A Hole’. It was recorded for the third episode of Black Mirror series, titled ‘Rachel, Jack and Ashley Too,’ where Cyrus played a pop star. Instead of her own songs, Cyrus was offered to do covers for Nine Inch Nails’ songs. And today she has shared the cover for another NIN track, Right Where It Belongs.

But how did Nine Inch Nails react to this? Guess what, Trent Reznor is all for it. Black Mirror creator Charlie Brooker shared that Reznor gave his total approval to recreate NIN’s songs.

Why wouldn’t he really? The covers were made for the one of the most watched series on Netflix after all. Plus, NIN’s album With Teeth was a huge success at the time, and it could use a new wave of attention.

“Trent got it straight away,” Brooker said during a press conference. “It was via email and he was really happy pretty quickly. He wanted to see the script and I got to re-write his lyrics in a chirpy way.”

Give the new cover for ‘Right Where It Belongs’ a listen below. Don’t miss on the news about your favorite rock bands – join us on AlteRock Facebook and AlteRock Twitter!

If you haven’t watched the first cover by Cyrus, ‘On A Roll’, be sure to check out the music video here: