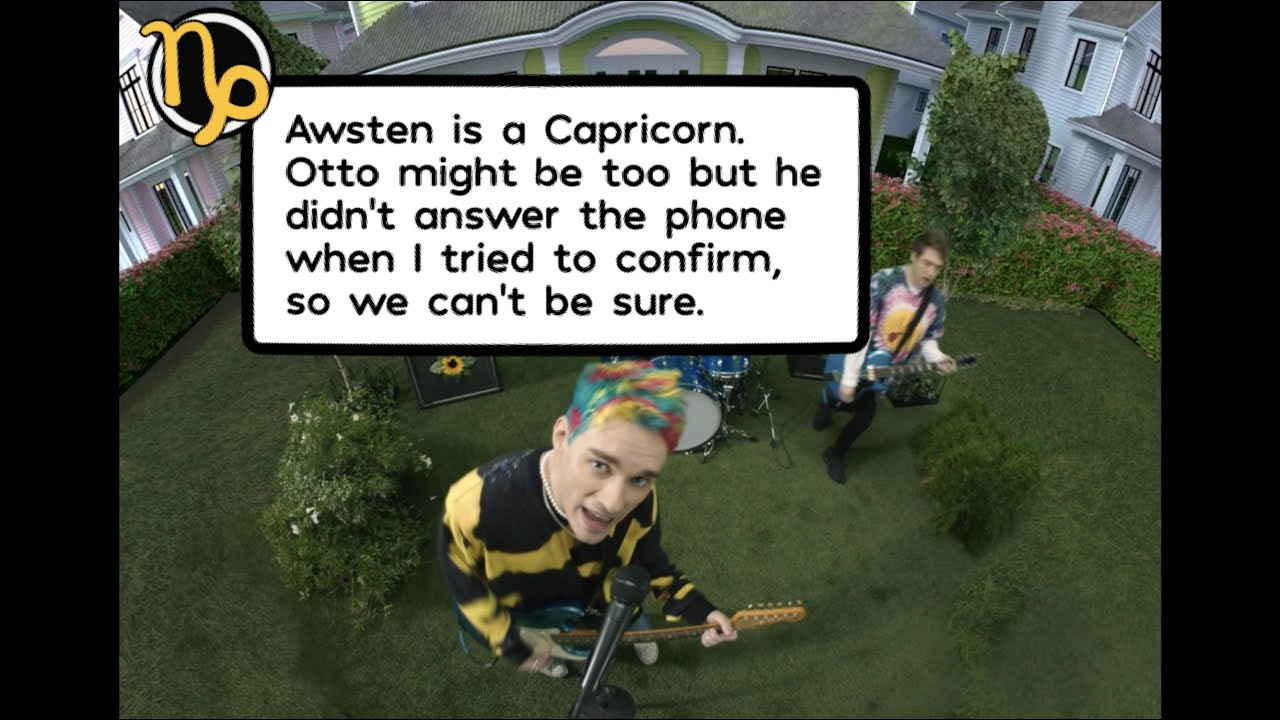 Waterparks challenge fans to guess whether “everyone in Waterparks is over 6 foot tall”, their Zodiac signs and more

As for many of us upcoming winter holidays are going to feel way longer than usual due to travel restrictions, we’re preparing to spend these days at home, playing board games and solving charades. And hey, here is a charade to crack from Waterparks! The trio has put fans to the test with a pop up video for ‘Lowkey As Hell’.

You might say: “Wait a second! The video for ‘Lowkey As Hell’ came out back in November”. It did. But now, Awsten Knight & co. have re-released the official video with a pop-up quiz to test their fans’ knowledge of the band members and history.

Just like in a Coursera course, you’ll see curious facts about the band pop up. They give you a fact about the band which might be true or false, and it’s up to you to decide. Fans will see such hilarious statements as “Awsten is a Capricorn, Otto might be too but he didn’t answer the phone when I tried to confirm, so we can’t be sure”. And did the band have to be “shrunken down in post for the video”. Check it out:

The music video was directed by the band’s frontman, Awsten Knight. This week, Knight also posted behind-the-scenes photos from the video shoot of ‘Lowkey As Hell’. Have a look below.

Back in September, Waterparks said goodbye to the era of FANDOM album, followed by the frontman chopping off his green locks. Soon their fans saw the release of the track ‘Lowkey As Hell’, along with remixes of ‘Dream Boy’ and ‘Telephone’.

We’ll see how 2021 unfolds, but Waterparks are ambitious about doing live shows next year. They hope to do the UK tour, titled See You In The Future, in summer 2021. See the list of dates below and tell us if you’re planning to see the band live on this tour. Don’t miss out on the news about your favorite bands – join AlteRock Facebook and AlteRock Twitter!

See You In The Future Tour Dates