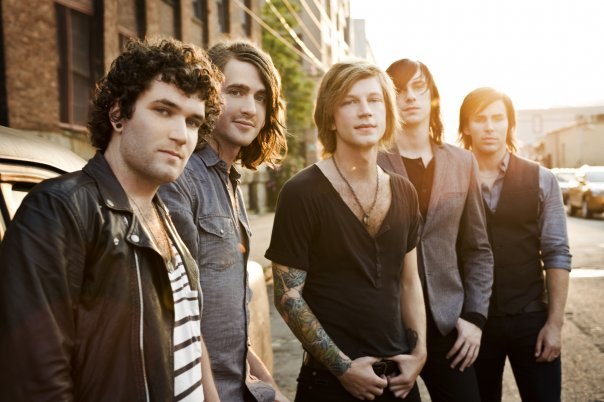 The US tour will celebrate 10th anniversary of their debut EP, Tales Told By Dead Friends

Mayday Parade decided to celebrate the 10th anniversary of their debut EP with their loyal fans. They’ve just announced a special tour for their first record, Tales Told By Dead Friends.

On the celebratory route the band promises to perform “tracks you may have not heard us play in a while” the debut EP in its entirety, along with other beloved tracks from their discography. 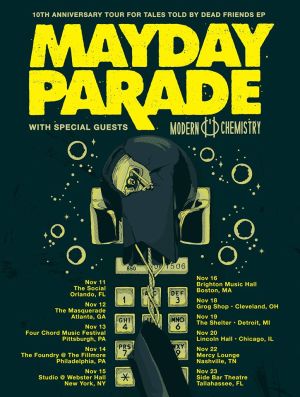 The tour will wrap up November 23 in Tallahassee, FL, where Mayday Parade’s history began. VIP ticket sale starts July 28 at 12PM EST. General sale will be launched the next day, July 29 at 10AM local time. Check out the band’s official message, introducing the 10-year tour, below.

“When we first started the band, the first two songs we wrote were, “Three Cheers For Five Years” and “When I Get Home, You’re So Dead”. We knew we had something special and tried to record the tracks as fast as we could. We finally felt like we were on to something. The result was our debut EP Tales Told By Dead Friends.

Ten years later, we are excited to play that EP front to back along with some other Mayday tracks you may have not heard us play in a while. We plan to do so in some smaller rooms to make it the most intimate tour we’ve done in a long time. What better way to celebrate than with the fans that made it all possible.”

This summer Mayday Parade are travelling with Warped Tour. They’ve also written some new tunes and hope to “put together some tracks in the studio to see if it’s anything we want to release”, says the band’s rhythm guitarist Brooks Betts. With 10-year record anniversary coming up, the idea is to “add a couple tracks to those and do some special editions.”

Check out the new tour dates and the band’s full set live from Vans Warped Tour 2016 below. Be the first to leave your comments, share the article, and stay tuned with Alterock Facebook and Twitter to never miss on the news about your favorite alternative music!