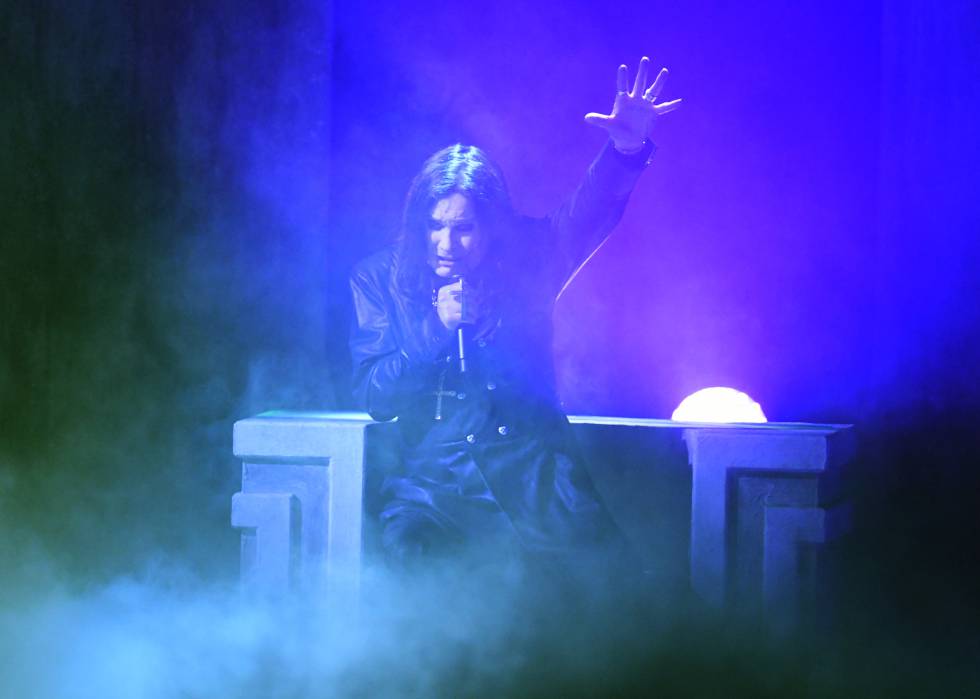 From fire to smashing the guitar to some meme-inspiring dance moves, Ozzy proved he is still to be counted with

If this past weekend’s American Music Awards are to be remembered by something, it’s undoubtedly the fiery and sweet performance of Post Malone and Ozzy Osbourne. They delivered ‘Take What You Want’ featuring Travis Scott during the ceremony, and it was thoroughly prepared act from beginning till end.

The trio was introduced by Rivers Cuomo of Weezer and Pete Wentz of Fall Out Boy. Be sure to check out the pic from the introduction speech below.

Post Malone started it as a solo performance with new song ‘Circles’. The act was soon joined by Ozzy and Scott and enriched with dark imagery, flames bursting all around and even classic-rock-show guitar smashing at the end. See video footage of that epic performance below.

And last but not least, the video of the one and only Ozzy Osbourne making dance moves while Post Malone was singing his part, made social media come up with multiple memes, now going viral. But isn’t it just another confirmation that Ozzy is still on demand?

If you’re now actively searching for the collab in question, ‘Take What You Want’ is featured on Post Malone’s latest album, Hollywood’s Bleeding, which got the award as the Favorite Album – Rap/Hip Hop. You can check out the full list of AMAs winners here.

Apart from Ozzy & Co., some punk and pop-rock artists took the AMAs stage that night. Among them were Green Day, celebrating 25th anniversary of their Dookie as well as Billie Eilish, the Jonas Brothers and Halsey.