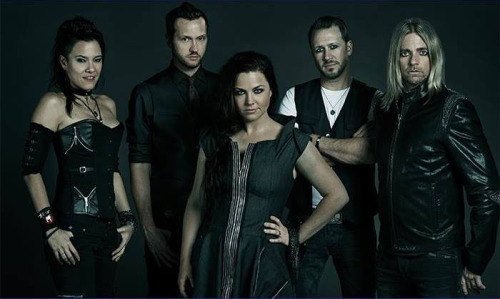 «Just when you thought I was off the hard stuff!» — laughs Amy Lee

Only a couple of days ago, Amy Lee launched her kids album, and now Evanescence have announced their fall headlining tour with 16 dates, which kicks off at the end of October.

The touring route takes off with a show in Dallas, Texas on October 28 and finishes with a gig in Huntington, New York on November 23. Evanescence fans will have a chance to check out the band’s new live drive with female guitarist Jen Majura in the lineup.

«Just when you thought I was off the hard stuff! It’s going to feel amazing to step back onstage with the band this fall,» Lee shared her excitement with Rolling Stone.

A few days ago, Evanescence singer introduced her kids album, Dream Too Much, which will be launched September 30. Lee’s family members, including her 2-year-old son Jack, also took part in recording process.

Which of the shows on tour are you coming to? Tell us in the comments below and stay tuned with Alterock Facebook and Twitter to never miss on the news about your favorite alternative music!